The journey of a creative engineer began when Don Suverkrop would accompany his father, Lew Suverkrop on trips to his oil lease near Taft, California. There he would learn from Lew, all about the mechanical aspects of drilling rigs of the 1930s Kern Oilfields. From this, he developed an interest in machines and later, Don Suverkrop built a drilling rig with an erector set in the backyard of his father’s house and shop complex on 109 H street. During World War II, his father had a production line making parts for aircraft at his 109 H street complex. Don Suverkrop would help on the lathes and would lead the other machinists. During this time, he was drafted into the Army, infantry training at Fort Ord, before being assigned to the Pacific War. One story he liked to tell was that after the troop train arrived at pier 35 in San Francisco for deployment in the Pacific, there were all these MPs on the docks to make sure no one would make a run for it. His ship transited across the Pacific to Leyte in the Philippines where he fought to liberate the Philippines from the Japanese.
At the end of the war, He was part of the American occupation and lead Japanese laborers to build showers and other installations.
After returning from Japan, he attended Bakersfield College, studied engineering, and continued to work in Lew’s shops. He then transferred to UC Berkeley to earn his mechanical engineering degree in 1951. He also was an intern engineer at NAS Alameda, working on the giant Mars Seaplanes.
Don Suverkrop and his wife, Joan returned to Bakersfield after he graduated from U.C. Berkeley with a B.S. degree in Mechanical Engineering to work in his father’s shop complex. Also In 1951, he went to work for Hopper Machine works on Espee street as a mechanical engineer. His sister Mia Suverkrop and brother Bard Suverkrop also graduated from UC Berkeley.
He was a very proficient at developing solutions for numerous farm machines. He developed patents for castor bean, corn, and potato harvesters. Another project of his was the Hopper Hoist Mobile for oil field drilling tool recovery. His approach was always to look for a solution. If a solution doesn’t exit, then invent it. In the 1960s, he invented the Level Luffing Crane, a crane that carries loads horizontally. One crane was used for the carrying the concrete pump hoses for building San Joaquin Hospital. He also worked on the design of numerous conveyors and rock crushers. At this stage, he had 28 patents.
Creative Engineering:
In 1979, He left Hopper Machine Inc., to start his own consulting office, Creative Engineering. Don started writing software for the design of conveyors, trusses, and other engineering projects including another level luffing crane. He became a very proficient programmer of engineering software, sold numerous copies of the Belt Conveyor software. His office did a lot of pressure vessel design for oil field boilers. These boilers would “melt” the hard tar in the oil deposits to allow normal pumping.
In 2000, he learned Visual Basic programming, and he became very proficient at this as he had done earlier with DOS Basic. He re-wrote his belt conveyor program in Visual Basic and this modernized the software.
WinBuildit
Don collaborated on the development of an automatic building design program called WinBuilit with his son Ron. This program created architectural feasibility studies and parameters for design. They both worked on this program from 2004 – 2014, then posted it for distribution on the Creative Engineering website.
The years 2000 – 2017, marked a renaissance of Don’s creative energies in the development of engineering software.
Don passed away at age 96, peacefully and quietly in his sleep on January the 11th, 2022
He is survived by his 3 children Ronald, Dennis and Susan James Suverkrop, his sister n Law Sylvia Suverkrop, 6 nieces/nephews, 9 great nieces/nephews, and 7 great great nieces/nephews. In his final 4 years, his caretakers, Bertha, Teresa, and the crew at Columbus Estates where he resided did a great job of taking care him. A big thank you to Columbus Estates, Angela and Melissa, and Bakersfield Community Hospice. His gal companion Marian was a blessing and they loved each other very much. His friend Bob also a WW2 vet enjoyed their walks and talks.

A graveside service, internment of ashes along with his late wife Joan will be on Friday, February 25, 2022 at 1:15pm at Bakersfield National Cemetery 30338 E. Bear Mountain Blvd, Arvin, CA.

To plant memorial trees or send flowers to the family in memory of Don Suverkrop, please visit our flower store.

A candle was lit in memory of Don Suverkrop

2 photos were added for Don Suverkrop 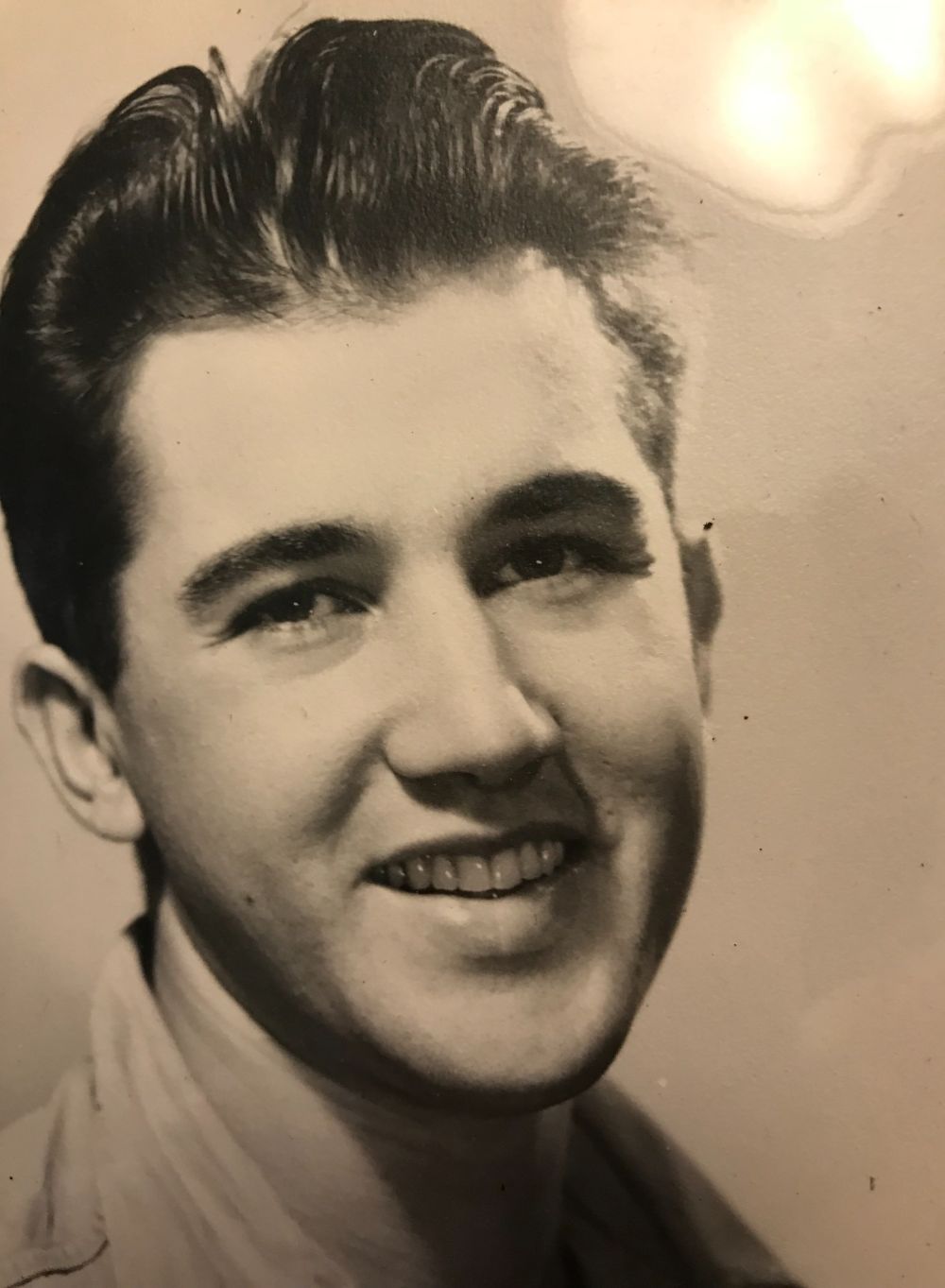 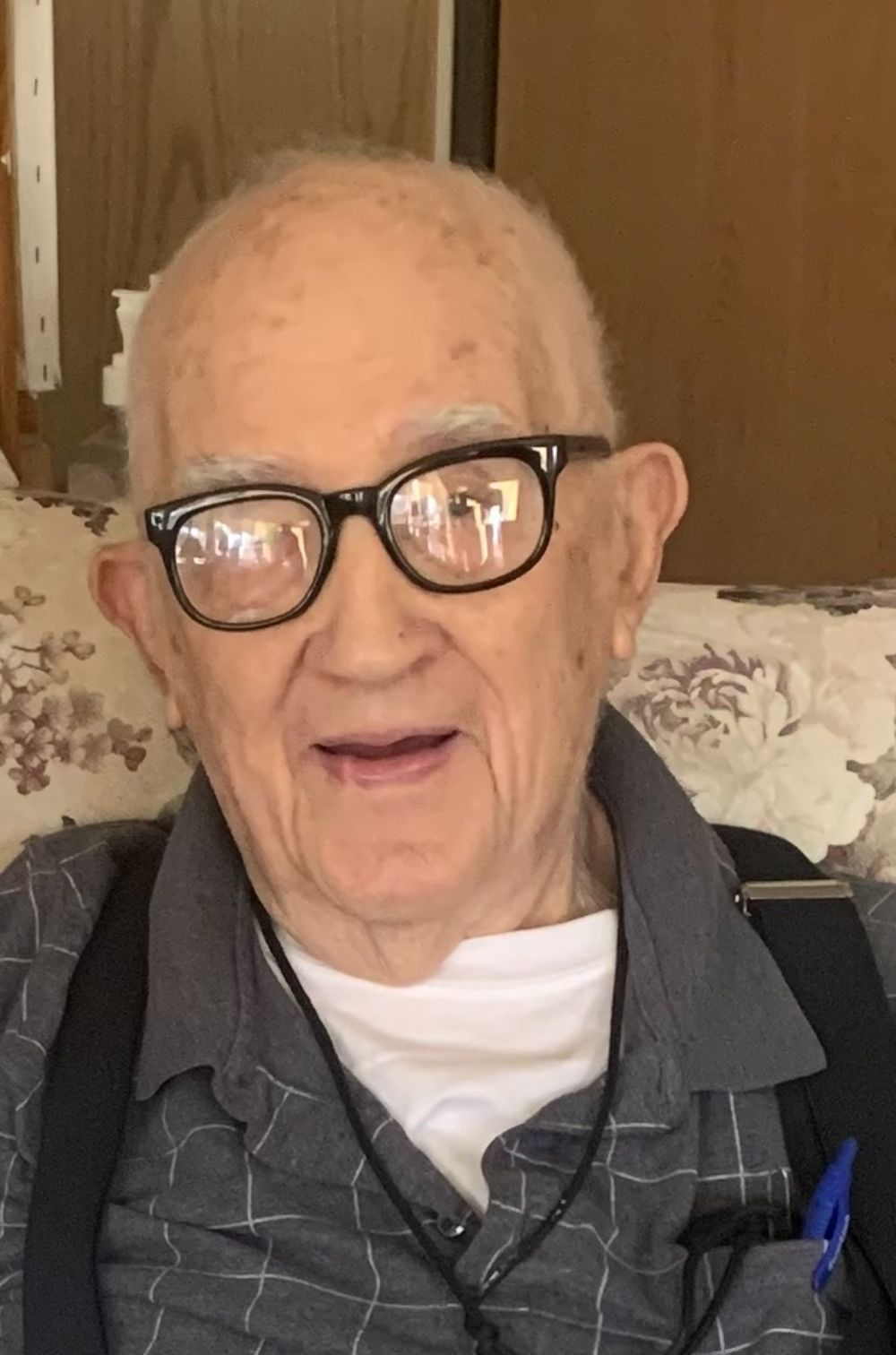