Janine Marie Giles was born on November 18, 1948, in Hoboken, NJ to Anthony Francis and June Rose Cauldren, the second born and only daughter of five.  She passed away peacefully on June 3, 2022.

Janine grew up in Wayne, NJ at Packanack Lake.  She attended St Michael’s School for K-3 in Union, NJ. She came down with Rheumatic Fever at the age of 7. This caused her to be bedridden for about a year which was spent between the hospital and living with her grandparents and Aunt Rose, with daily visits from her father. She had to learn to walk all over again and was left with a fragile heart. She went on to attend Immaculate Heart of Mary in Wayne, NJ for 3rd-8th grade and High School at Mt. Saint Domonic’s Academy in Coldwell, NJ, where she enjoyed singing in the choir.

Following high school, she went to work for Standard Security Life Insurance Company in NYC. She then earned her real estate broker’s license and worked with her father at Cauldren Real Estate in Butler, NJ. At the age of 27, disheartened by the treatment of troops coming home from Vietnam, she joined the Air Force as a computer operator and systems analyst. She completed basic training at Lackland AFB, TX, and Tech School at Shepherd AFB, TX. She was first stationed in Vandenberg AFB where she met her ex-husband and father of her children. They went on to be stationed at Hahn AFB, Germany in 1978 where Donn and Susan were born. In 1981, following the birth of her children, they moved back to Vandenberg AFB and she ultimately left the military on Dec. 16, 1985, as a Staff Sargent with an honorable discharge.

Upon leaving the military, Janine started an in-home daycare until accepting a position working overnights at the Goleta USPS Processing and Distribution Center where she worked from 1986 until retirement in 2001. She loved her Post Office co-workers like a second family. She enjoyed baking her famous broccoli and chicken enchilada casseroles for their potlucks and the whole family enjoyed the Union Picnics.

November 2002, she was able to witness the birth of her first granddaughter and helped with her daily care for the first few months. In 2003 she moved to the San Diego area to be closer to family. In 2007-2008 she spent about a year in Pueblo, CO with her son and his daughters, before moving back to the San Diego area. She moved to Bakersfield, CA in 2010 to be near to her daughter where she resided until 2019 when she was taken to the West Los Angeles VA Medical Center for a broken foot and complications from her heart medications. It was determined that she would need rehabilitation services before she could return home to Bakersfield. She then began her stay at the West Los Angeles VA Community Living Center. She never did become strong enough to return home.  As experienced by many, isolations due to Covid were difficult, but finally on 5/25/2022, after over two long years of being confined, Janine was permitted to leave the premises and take a much-needed and forever cherished beach day trip with her daughter. She remained within the VA Community Living Centers with weekly visits from family until her peaceful passing. Janine leaves behind a legacy of love, giving, and genuine kindness.

Donations may be made in her honor, by her request, to St. Jude’s Children’s Hospital or a reputable Veteran foundation that supports housing for disabled Veterans.

To plant memorial trees or send flowers to the family in memory of Janine Giles, please visit our flower store.

A photo was added for Janine Marie Giles 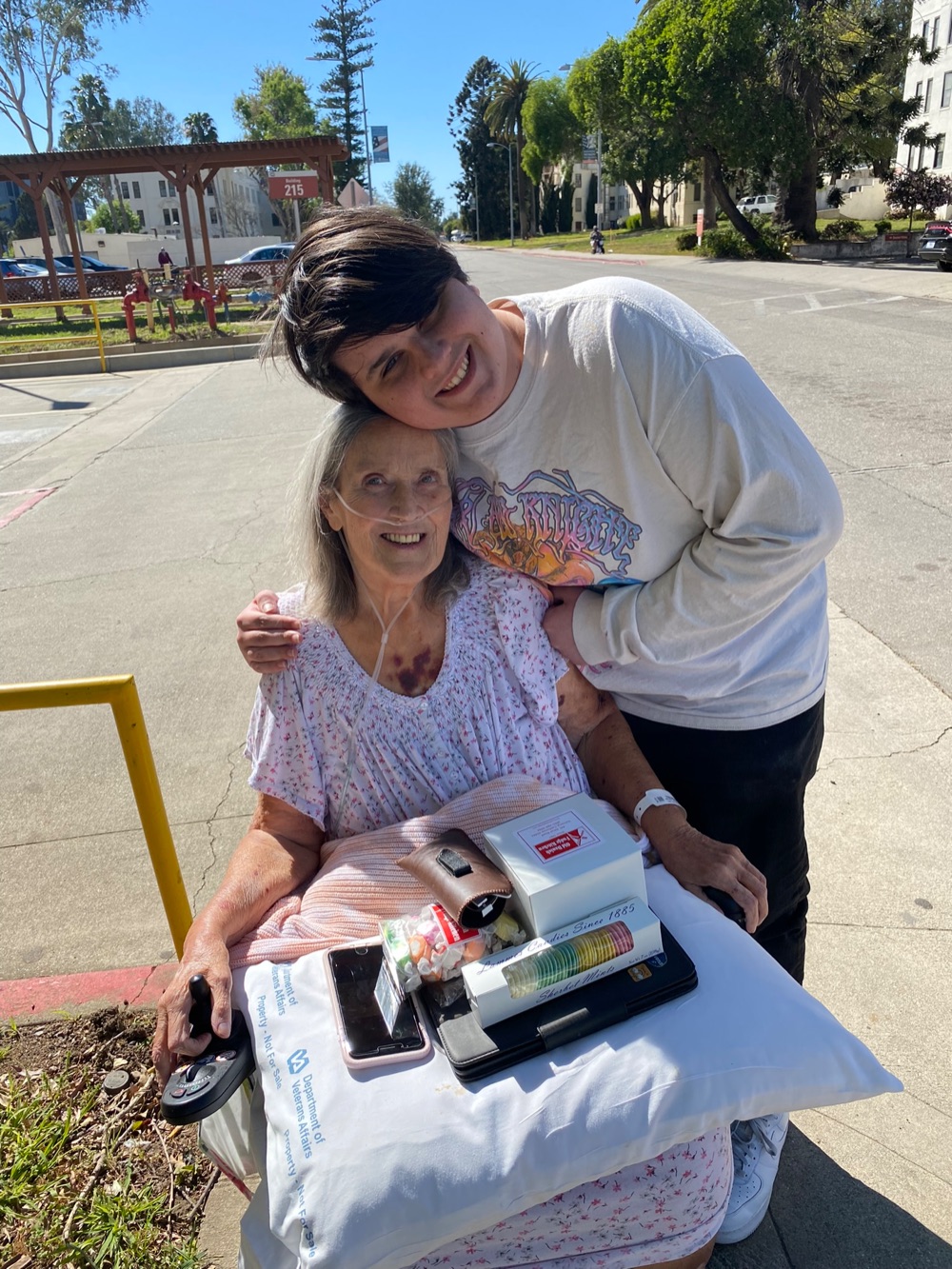 A candle was lit in memory of Janine Giles